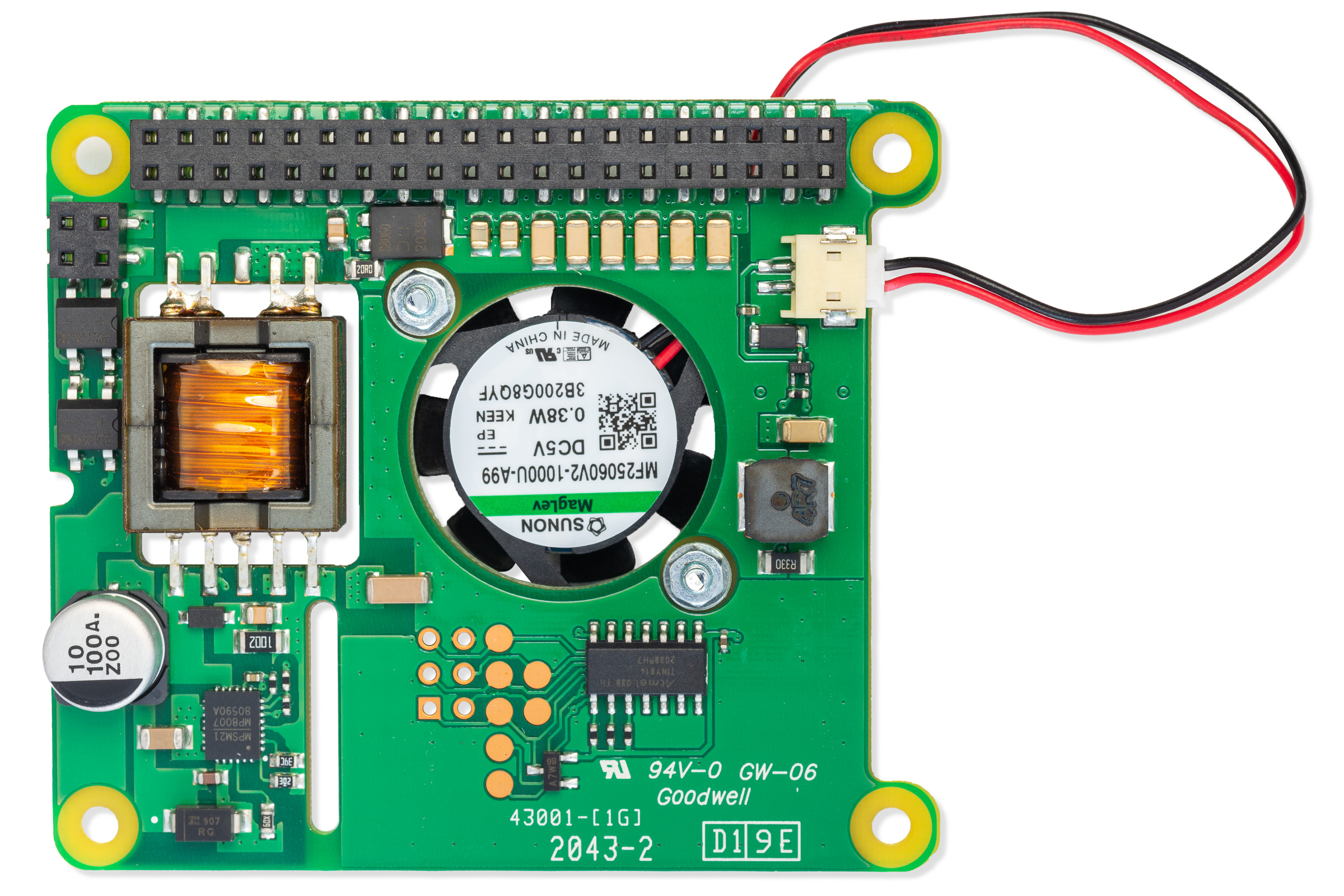 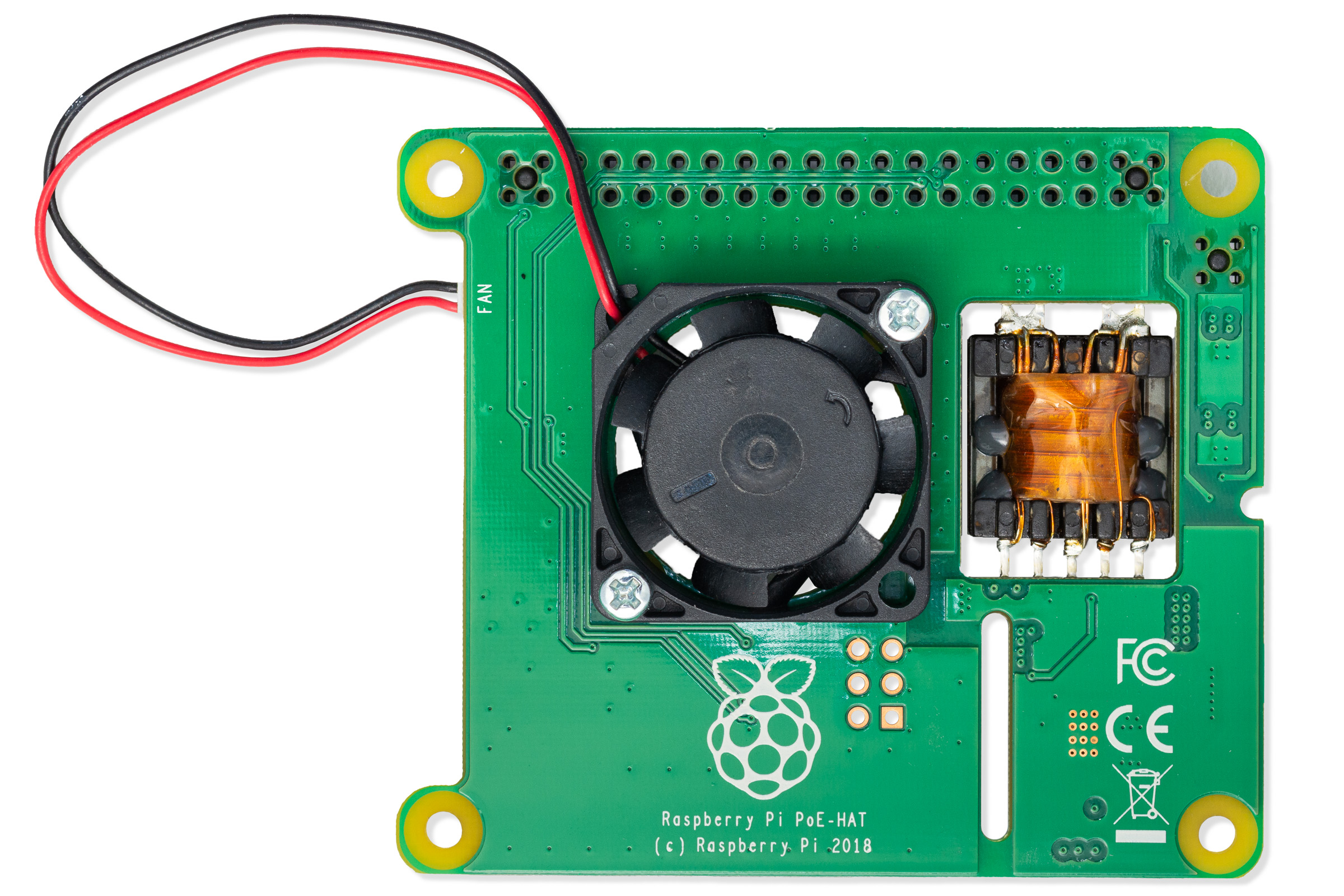 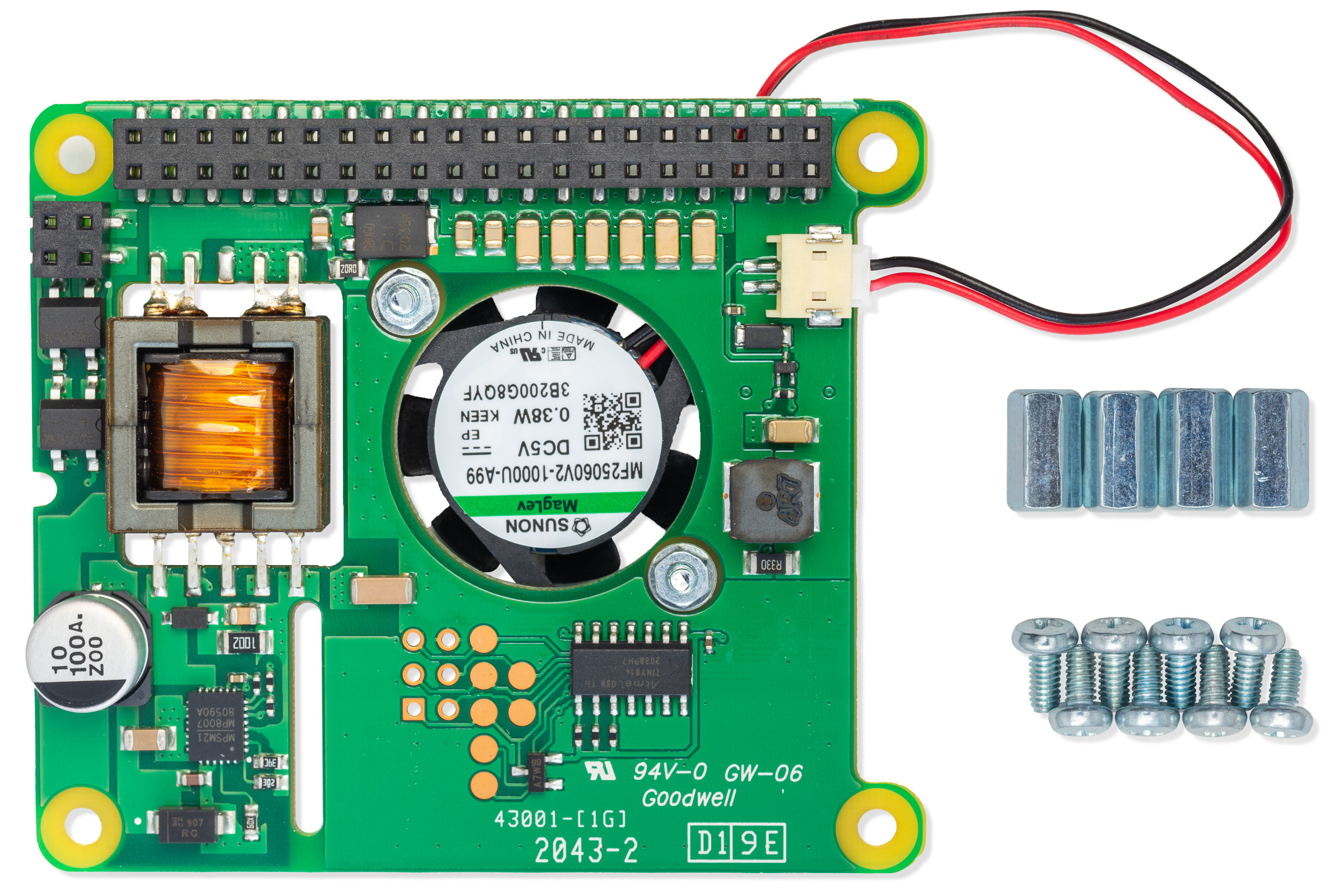 The Raspberry Pi 3B+ can be powered with this HAT via an Ethernet cable using the PoE (Power over Ethernet) standard.

This HAT uses the PoE 802.3af standard which means that a maximum of 15W can be delivered to the Raspberry.

The HAT is compact, meaning it will fit in the official case for the Raspberry Pi 3B +. The PoE HAT also sports a fan for additional cooling.

Since the fan is controlled via I2C, all 40 GPIO pins can still be used.

The PoE extension is a good choice when you plan to use the Raspberry where it cannot be powered via a USB cable.

Be the first one to leave a review for this product.